How Social Media Broke the Story of the SFO Plane Crash

Yesterday I had the unfortunate experience of watching the Asiana Airlines flight 214 Boeing 777 crash land at SFO (San Francisco International Airport). While viewing the crash landing, I had my phone out. My first instinct, before all else, was to snap a photo. Then, as I yelled out “Holy shit! A plane just crashed” I began tweeting about the crash.

The first tweet and photo of the crash went out to the world before anyone had even finished comprehending what had just happened, within 20-30 seconds of the plane hitting ground.

Omg a plane just crashed at SFO on landing as I’m boarding my plane pic.twitter.com/hsVEcVZ2VS

The incredible thing about social media is how instant it is. Within seconds twitter was exploding with news and photos of the crash. People kept asking if this was real because none of the news channels were reporting anything yet. Yes, it was real. And yes, the news channels were reporting it, but today that actually means that anyone with a social media account and internet access is a news reporter and can break a big story. What an incredibly powerful tool we all have in our hands today!

Hands down the most memorable and influential tweet of the day came from David Eun (@Eunner), a Samsung executive who reported the crash by saying “I just crash landed at SFO…” and tweeted a picture of the wreckage from only a few feet away.

The reactions to David’s tweet, as well as mine and many others have been overwhelming. Literally thousands upon thousands of people have reached out and responded via twitter, facebook, and other sources to share their love and support. It’s hard to imagine this type of community and outreach being possible without the incredible speed and reach of social media.

A bit more of my own experience…

From the moment I posted that first tweet, my phone did not stop buzzing for hours with RTs, followers, DMs, requests for interviews and comments, requests for permissions to use my photos, etc. Within a few minutes I posted a couple of follow up tweets as information became available (mostly via rumblings of the crowd around me and rumors I was hearing on twitter):

People being evacuated via the emergency slides at the plane #crash at #SFO pic.twitter.com/BK4qq1e3qN

The picture from the above tweet has been used in news sources and publications all over the internet since I originally posted. I’ve seen it played on continual loop on Fox news, and am aware of my photos shown on CTV, BBC, and Al Jazeera among others. 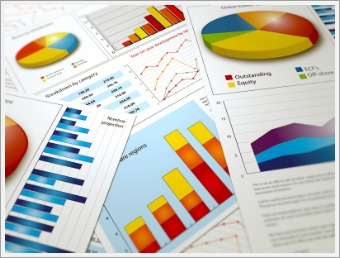 Krista Seiden is an experienced leader in the digital analytics industry living and working in the SF Bay Area. She has led analytics & optimization at companies such as Adobe, The Apollo Group, and most recently at Google...... Read More